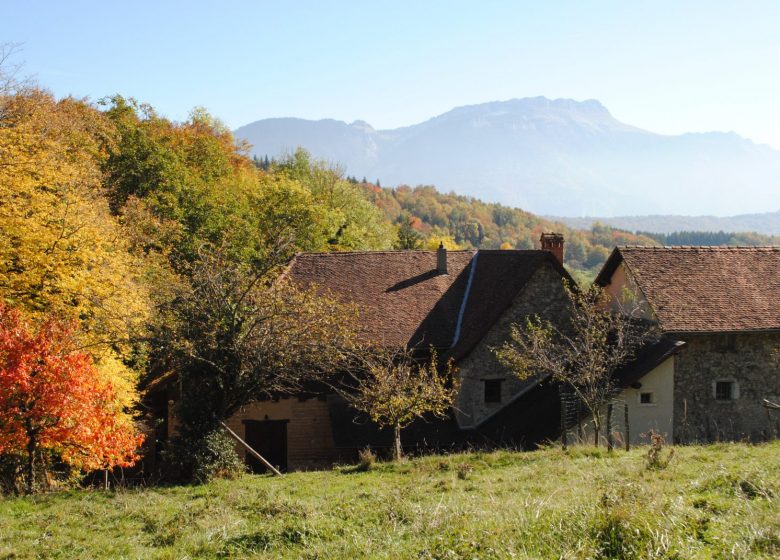 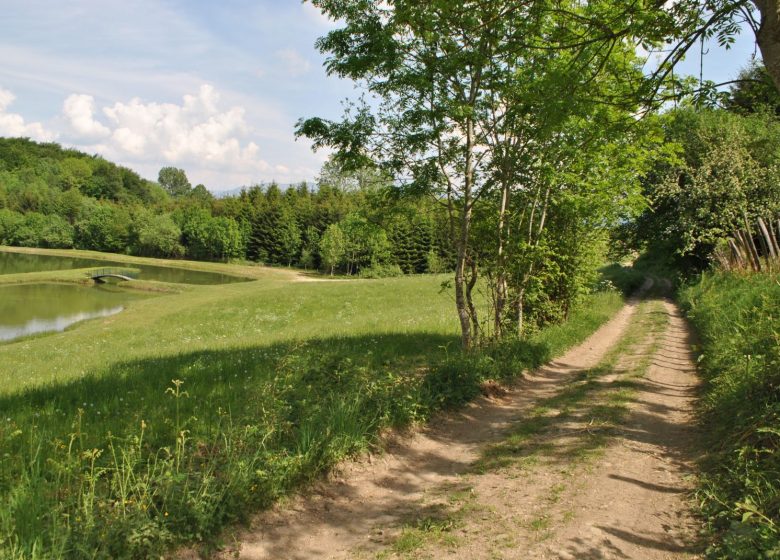 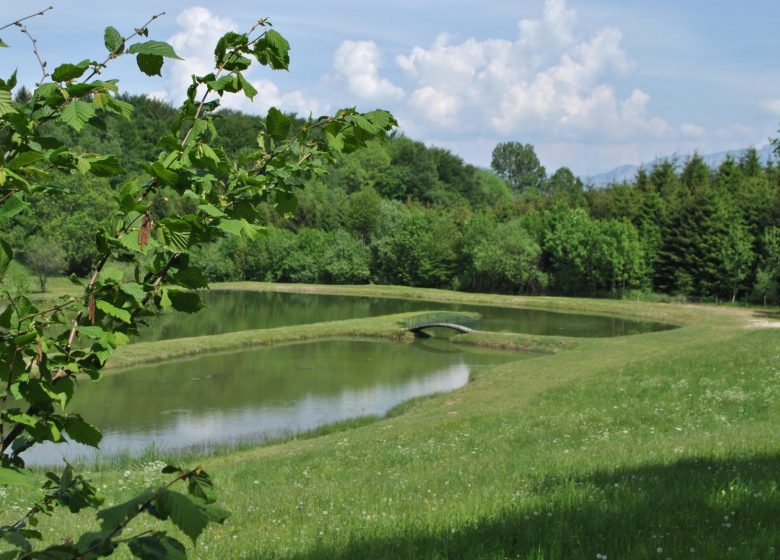 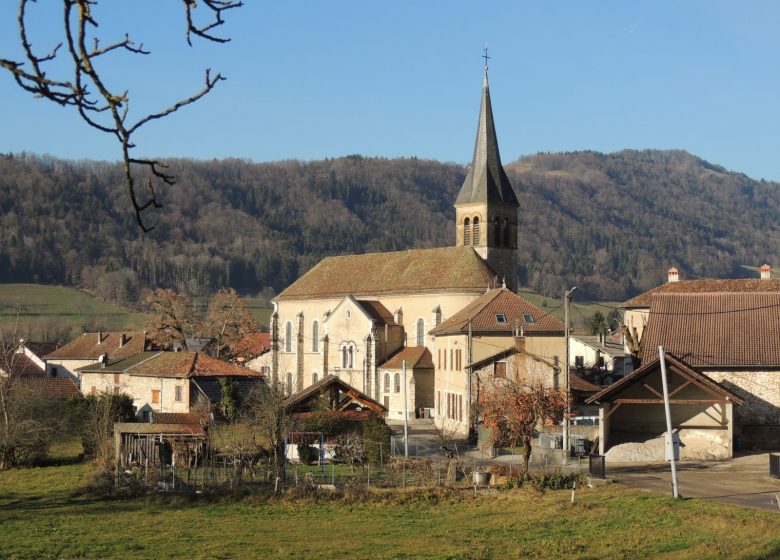 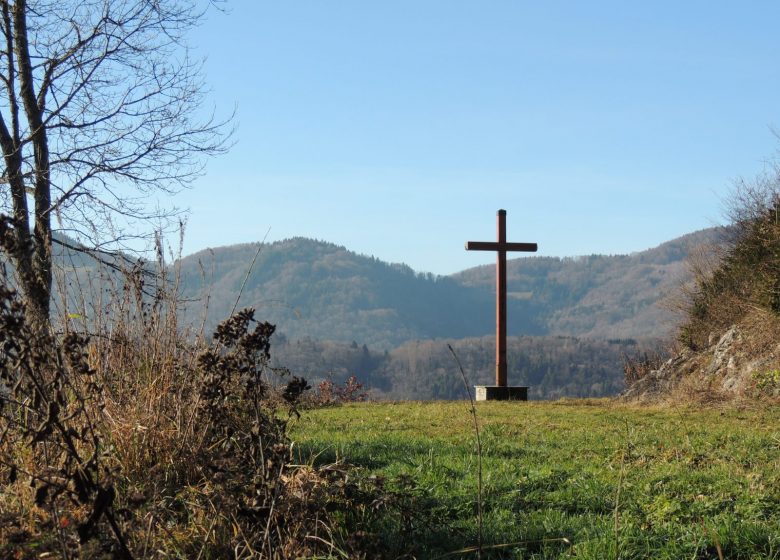 Saint-Aupre with two bell towers is a small town located on the edge of the Chartreuse, staged between 450 and 930 m above sea level. Its landscape is made up of isolated dwellings and hamlets that are generally preserved in their integrity.

The influence of the Carthusian monks can be seen there among other things in the architecture even here on the fringes of the massif. Wishing to improve the living conditions and the hygiene of the inhabitants of the massif they, on their own religious architectural model, encouraged in this country of breeding the separation of the men and the animals.
The famous Carthusian house of rectangular plan is covered with a four-sided and steeply sloping roof covered with scale tiles or slate and consists of a ground floor, a floor and a level of full. The frames of the doors and windows are in cut stone.
The separate agricultural outbuildings near the house combine the functions of barn, stable and hayloft under a large roof often with hips.
This type of habitat will be observed when walking in villages and hamlets such as Ture, Grand Vivier, Emptaz ...
Evocation of the Carthusian monks, look for the Rocher du Moine in the landscape above Ture ...

Free information : Public toilets next to the church (closed from November 1 to April 1)

Topo / step by step : Stages of the circuit with the name of the signposts to follow:
- Saint-Aupre (post located at the foot of the church)
- La Champtoraz
- Ture
- The mountain
- The side
- Col du Pillory
- Reyssabot
- Savare
- Chartreux pond
- The Grand Vivier
- Chavillard
- The Emptaz
- The Aries Cross
- La Champtoraz
- Saint Aupre

Tips and Suggestions : Yellow paint markup and directional posts at the main intersections (if there is no markup, stay on the main road)

Sustainable tourism : Mother Nature thanks you for leaving with your waste, she digests it badly!
Respect crops and private property by staying on marked trails.

Departure car park: Next to the Saint-Aupre cemetery