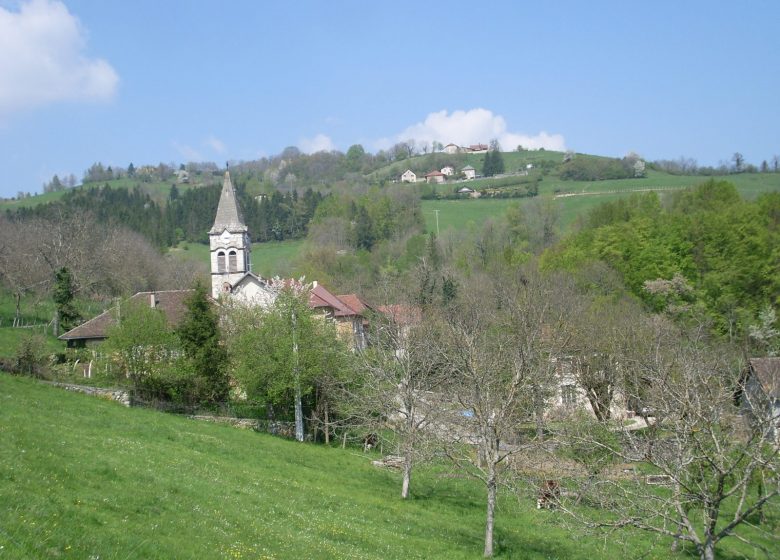 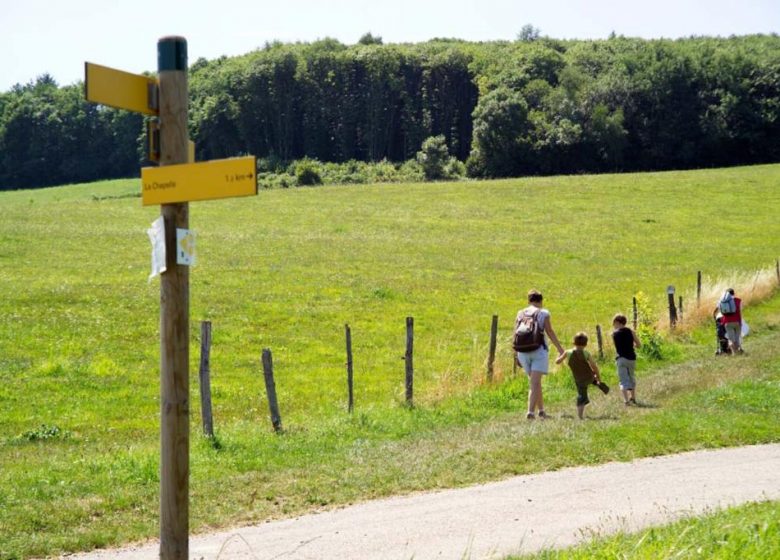 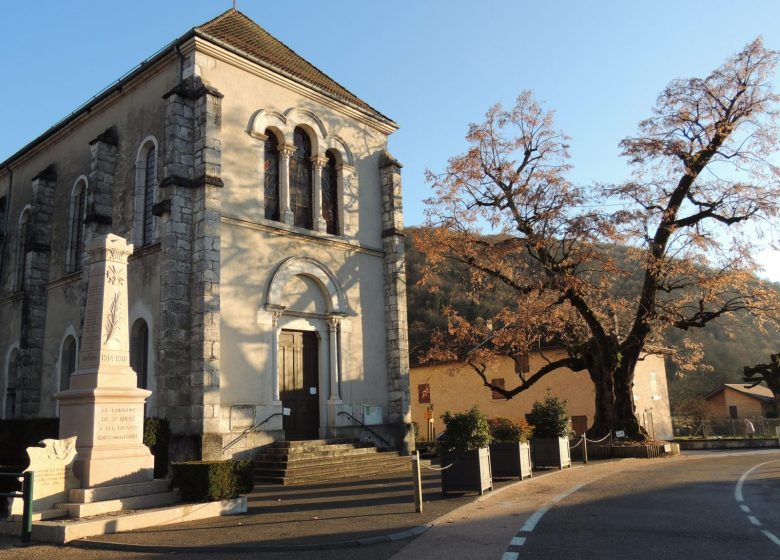 Initially, in the shade of the 400-year-old Sully lime tree, look in the facade of the church for the Gallo-Roman funerary stone found during the demolition of the choir of the old church.

This circuit will allow you to discover the small village of St Aupre, full of charm and with magnificent panoramas on the Charterhouse. The same village which has two churches, two cemeteries, two war memorials and, not so long ago, two schools, a two-story village, Saint-Aupre-le-Haut overlooking Saint-Aupre-le-Bas . It was after the revolution that "those above" demanded that the church be rebuilt at the hamlet of Vials, which they were refused. They then decided to build their church and cemetery at their own expense.

Tips and Suggestions : Every year on Saint Mathieu's Day (around September 21), the goat fair is held, existing for more than 4 centuries, wanted by Henri IV, you will discover many hawkers, a presentation of old trades and crafts and you can eat hen-au-pot there as under Henri IV.
A "Lou Mouncheu" Fabulade is also available from Saint Aupre.