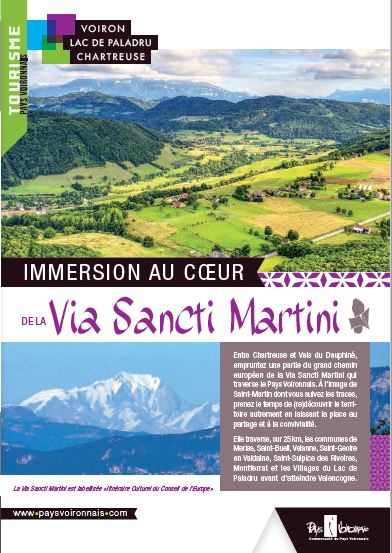 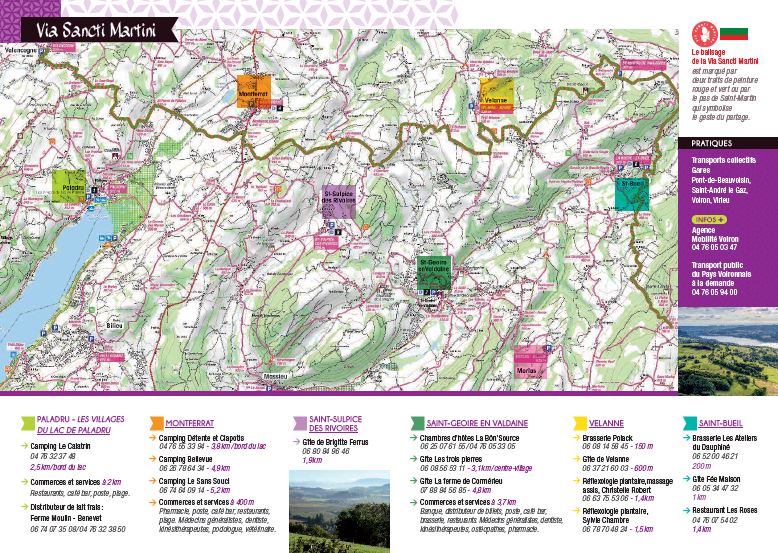 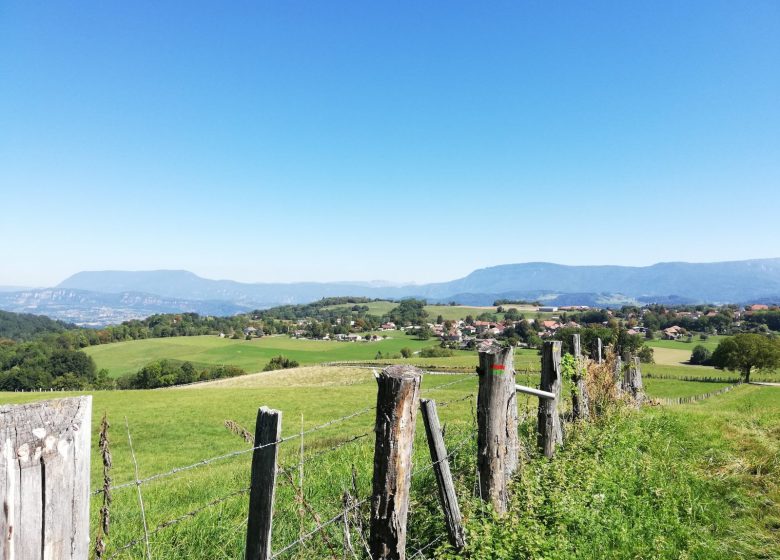 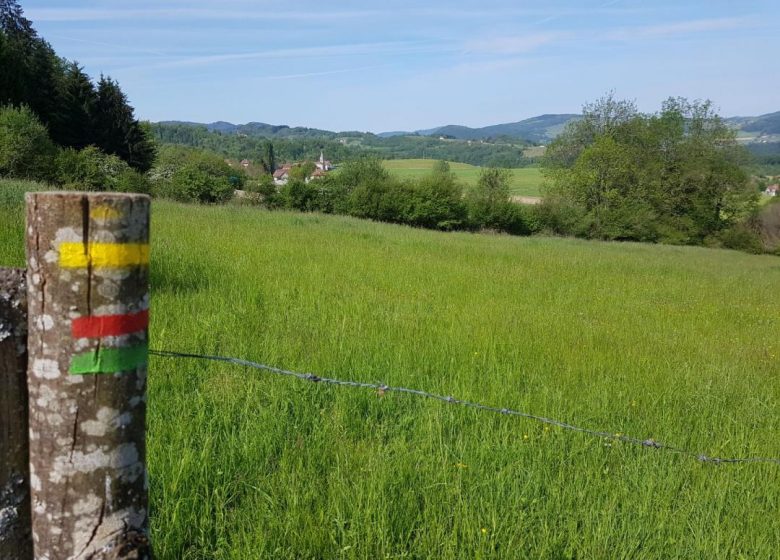 Between Chartreuse and Vals du Dauphiné, take part of the great European path of Via Sancti Martini which crosses the Pays Voironnais.
Take the time to (re) discover the territory in a different way, leaving room for sharing and conviviality.

The Via Sancti Martini is a path of great cultural itinerancy that follows in the footsteps of Saint-Martin, XNUMXth century bishop of Tours, great traveler and universal figure, known for sharing his cloak in favor of the underprivileged.
Connecting Szombathély, Martin's birthplace in Hungary, to Tours, a French city where his tomb is located, it travels through Europe from east to west over 2500km, of which 25 km are signposted in Pays Voironnais.

The itinerary based on the values ​​of sharing and exchange is an opportunity to discover the heritage, local products, know-how of the territory, by promoting rich and friendly encounters.

To discover on your way:
- landscapes with mounts and valleys, covered with woods and meadows, offering numerous panoramas on the pre-Alps and Mont-Blanc, in particular from the chapel of the Troix Croix and the Tour du Sacré Coeur.
- small hamlets with the characteristic adobe architecture of Bas Dauphiné, which dot the green hills of Valdaine and the Tour du Lac.
- nature between the black forest of Merlas, where the Pierre à Mata is hidden, a mysterious "dolmen", the Marais de la Véronnière or the blue lagoon waters of Lac de Paladru.
- the Land of Art and History of the Pays Voironnais recognized internationally for its remains of Neolithic and medieval villages on the shores of Lake Paladru, soon to be housed in a new museum.
- the memory of Saint-Martin represented locally by the fresco illustrating the scene of sharing in the church of Saint-Martin de Vaulserre and Mont Saint-Martin that the path bypasses.