Distance: 7 km
Duration (average) : 2h30 (UTC -XNUMX:XNUMX)
Level: Orange level - Quite difficult
Elevation: 522 D +
Departure: Voiron
Loop
Yellow paint markings and directional posts at the main intersections up to Notre-Dame de Vouise. The descent by Regardou is partially marked in blue.
In the countryside, Motorway exit less than 5 km away, Town centre, In town, SNCF train station less than 500 m away
Recommended period (s): Autumn, Summer, Winter, Spring
None except for a few steep passages up and down Bring a lamp to climb the stairs that lead to the statue (there is little natural light). 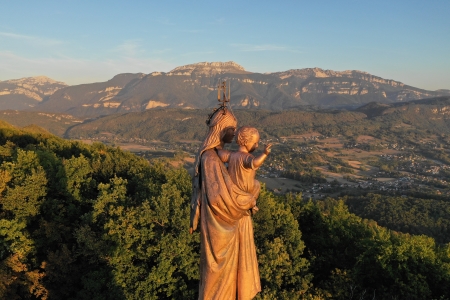 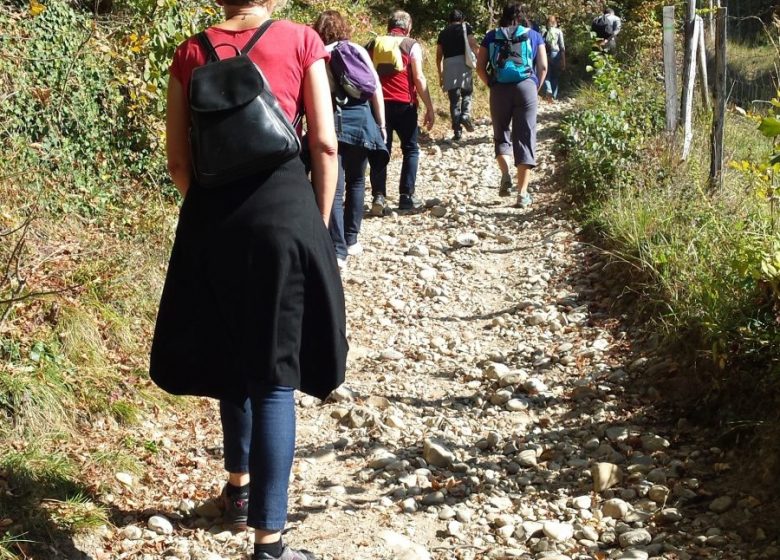 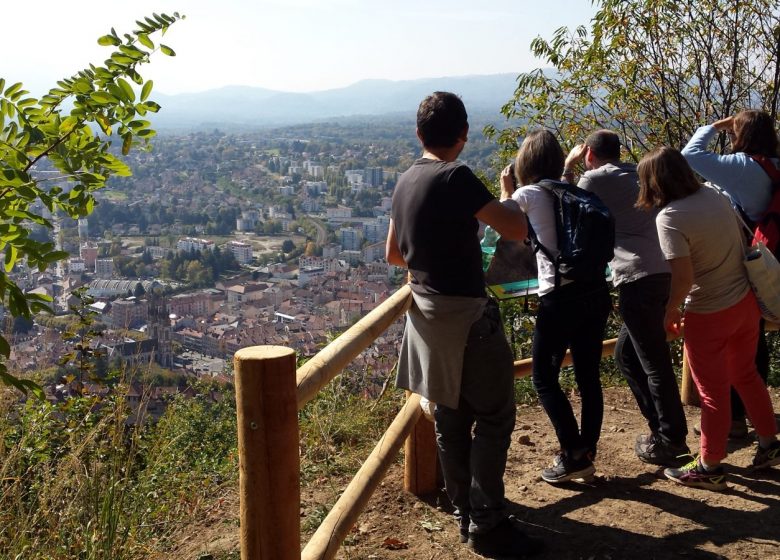 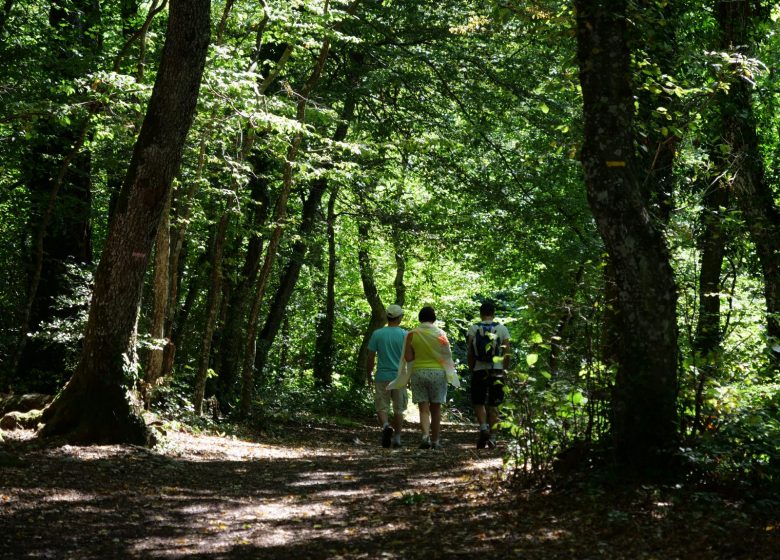 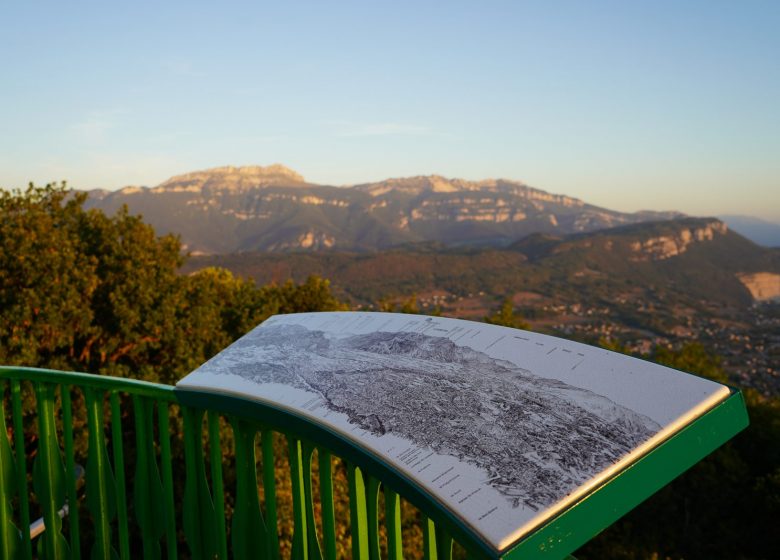 A must in the Pays Voironnais! The start is at the foot of the emblematic St Bruno de Voiron church, completed in 1872 and listed as a historic monument in January 2007. Attention forest work in progress from Les Grattons to the road.

The route begins to the north-west on rue des Quatre Chemins then goes straight up rue des Orphelines in the direction of the Collège de la Garenne. Under the parking lot of the Lycée de la Martellière, a conservatory orchard ensures the sustainability of old varieties of local nuts. After the small pass, the final slope leads under the shaded canopy of chestnut thickets to Notre Dame de Vouise at an altitude of 735 m. Dominating the site of Voiron, the tower with its 90 steps, supports the statue dating from 1868 and presents a panoramic orientation table on the south of the Pays Voironnais, the Chartreuse and the Vercors.

Free information : Shops in the town center If you are not comfortable on partially marked paths, we advise you, from the statue of Notre-Dame de Vouise, to descend by the same route as the climb.

Topo / step by step : Stages of the circuit with the name of the signposts to follow:
- Saint-Bruno Church
- The Bib
- La Garenne
- The heights of Orgeoise
- The Scratches
- Our Lady of Vouise
- From the statue, retrace your steps then turn right.
Continuation of the partially unmarked route:
- At the Notre Dame de Vouise post, turn right.
- At the sign post, turn left towards La Garenne via Chapelle (follow the blue markings for the Vouise trails).
- At the post of the belvedere du Regardou, follow the Garenne
- From the Garenne post, you take the same route as going via Le Bavoir and Voiron St-Bruno

The car parks around the St-Bruno church are paying.